Predators Hoping to Lift Off in L.A.

October 23, 2007
Last week if you looked at this West Coast road trip, you'd probably say that the Nashville Predators would do well to get anything more than two or three points from combined stops in Anaheim, San Jose, and Los Angeles.  The Ducks and Sharks are Stanley Cup contenders, while the Kings are basically a train wreck.  By dropping those games in Anaheim and San Jose, however, the Preds have set up tonight's contest in L.A. as a pretty critical game; they need to put an end to this five-game losing streak, and while the Kings boast some impressive young talent in Anze Kopitar and Mike Cammalleri, there are more questions than answers in that lineup.  This is a team the Predators should beat, and hopefully the best cure for an offense that can't seem to bury its chances is an opponent without a solid #1 goalie. 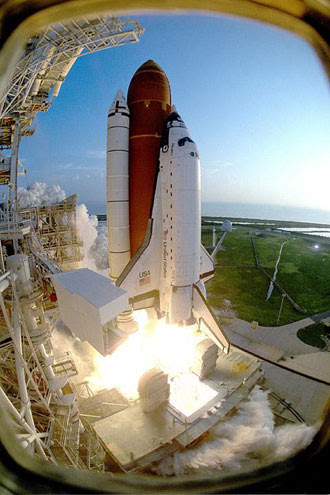 L.A. Kings GM Dean Lombardi widens his search for goaltending talent
This game is interesting in that if you look at how the two teams are performing right now, strengths are matched up against strengths, and weaknesses are matched up with weaknesses.  For example, the Kings are clicking on the power play so far, ranked 6th in the NHL at 22.2%, while the Predators' penalty kill is also a top performer (6th at 87.9%).  Conversely, the underperforming Nashville power play (16.1%, 21st in the league) faces a woeful L.A. penalty kill (78.3%, 23rd in the NHL).  The Kings' biggest positional is perhaps in goal, but right now the Predators seem to be putting every shot square into the goalie's chest or wide of the net.  One thing that Nashville will have to improve upon is keeping out of the penalty box.  Saturday night in San Jose, they left themselves shorthanded four times in the second period, which totally disrupted the momentum they had going in the first, and kept some of their top offensive players off the ice.  The Kings, meanwhile, know how to create those opportunities.  So far, the aforementioned Cammalleri and Kopitar lead the league in drawing penalties from their opponents, with 11 and 10 such calls respectively.
Earl Sleek over at Battle of California posted an informative piece yesterday that tells us that when it comes to 5-on-5 hockey, the L.A. Kings are getting outscored more than 2-to-1 so far.  It looks like Nashville has scored 12 goals 5-on-5 and given up 16, so it's not like the Predators are faring much better there.
According to John Glennon at the Tennessean, Barry Trotz will juggle the lines a little bit tonight, starting with a promotion for Martin Gelinas up to the top line alongside Jason Arnott & J.P. Dumont.  Gelinas has been quietly impressive so far, not exactly racking up loads of points but playing a solid game that leaves him one of the few Predators who aren't on the negative side of the +/- rating.  Personally, I'm a bit apprehensive about seeing what I think has been the most effective pairing of late (Bonk & Gelinas) broken up, but the experiment that spread the offensive talent across three lines hasn't panned out over the last two weeks.  Instead, we're like to see the Arnott line followed by Erat-Legwand-Radulov, and after that it'll be up to the other two lines to hold down the fort.
I don't blame Trotz for trying to spread out the offense and slip guys like Vern Fiddler or Jed Ortmeyer onto top lines (and no, that's not just because I have Fiddler on my fantasy hockey team, the Fab Forecheckers); in the early going, you have to give players a chance to take their games up a level, and see if there's a mix that generates more offense that you'd normally expect (like Dan Cleary last year for Detroit, who in the early months of the season led the Red Wings in goals).  Until Steve Sullivan comes back or another player is found in trade, it looks like Trotz will have to rely on his top two lines to try and grab a lead, which then the whole squad can focus on maintaining.  It's a formula he's relied upon in the past with less competitive teams, so it's not like he's improvising on the fly here.
Who to watch - L.A. Kings
Anze Kopitar, C - He leads the L.A. forwards with 21:35 of ice time per game, and boasts 4 goals and 8 assists in nine games.
Mike Cammalleri, C - A former University of Michigan star, he's got the hot hand with 8 goals (including 5 on the power play) already.
Who to watch - Nashville Predators
Martin Erat, W - Expected to be an offensive leader, he has only 10 shots in seven games, and is a team-low -4.  The Preds need him to focus on goal-scoring.
Marek Zidlicky, D - Tonight presents an opportunity to ignite that dormant power play, and Zidlicky's role is to run the show from the point.